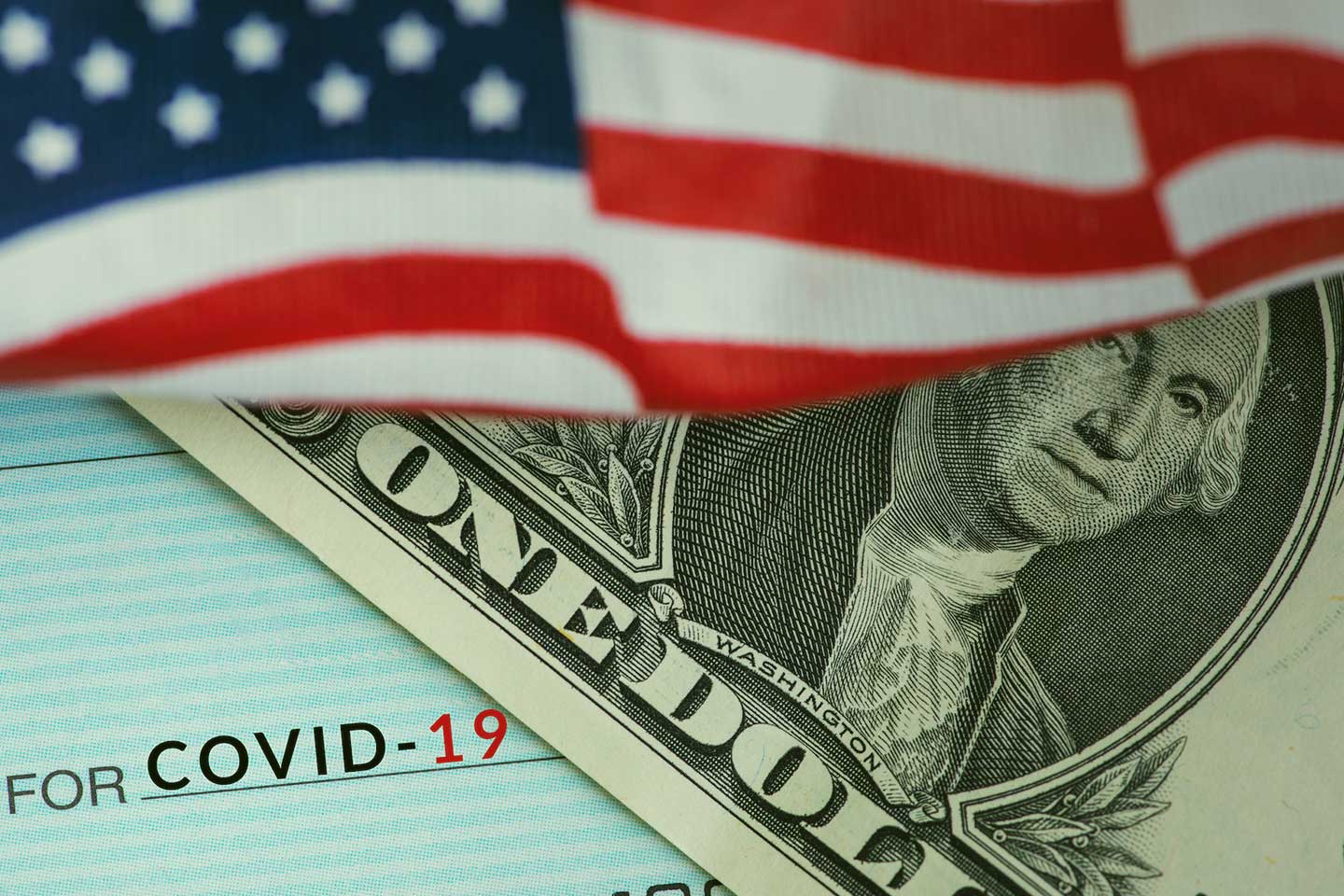 A burst of growth put the U.S. economy just a shave below its pre-pandemic size in the first quarter, extending what is shaping up to be a rapid, consumer-driven recovery this year.

Gross domestic product, the broadest measure of goods and services made in the U.S., grew at a 6.4% seasonally adjusted annual rate in January through March, the Commerce Department said Thursday. That left the world’s largest economy within 1% of its peak, reached in late 2019, just before the coronavirus pandemic reached the U.S.

Households, many of them vaccinated and armed with hundreds of billions of dollars in federal stimulus money, drove the first-quarter surge in output by shelling out more for cars, bicycles, furniture, and other big-ticket goods. The federal government also stepped up spending—on vaccines and aid to businesses.

“If you had asked me a year ago where we would be today I certainly would not have said we would have recouped the pre-pandemic levels of economic activity,” said Gregory Daco, chief U.S. economist at Oxford Economics. “Everything about this crisis has been unique. The speed and the magnitude of the contraction in economic activity were unprecedented. The amount of policy support put in place was extremely rapid.”

“People have openly said, ‘This is my stimmy money—take it,’” Mr. Houser said. “But I think the demand is beyond that. It’s really a lifestyle thing right now. It’s something people can do safely during the pandemic.”

Just a year ago, the economy was sharply contracting—output in the second quarter fell by a record annual rate of 31.4%—and the unemployment rate soared to 14.8% last April, a post-World War II high. In all of 2020, the economy contracted 2.4% when comparing the fourth-quarter output to a year earlier—the first downturn since the 2007-2009 financial crisis.

Since late last year, tens of millions of households have received at least one shot of the Covid-19 vaccine.

The upshot, economists say, is that the U.S. is leading the global economic recovery, a reversal of roles from the 2008 crisis when countries such as China and Brazil led the way while the U.S. recovery lagged.

The economy has grown robustly for three consecutive quarters. The unemployment rate has since fallen to 6% as hiring accelerated. Worker filings for jobless benefits also have fallen to pandemic lows in recent weeks, most recently a seasonally adjusted 553,000 for the week ended April 24.

This spring the government has sent most households $1,400 stimulus payments, on top of two prior stimulus efforts. That cash—and money that households have saved by not traveling and eating out during the pandemic—has enabled individuals to buy a range of goods and services.

With the rise in consumer spending—the biggest driver of economic demand in the U.S.—there are signs of supply failing to keep up with demand.

Caterpillar Inc. on Thursday signaled to investors that global supply-chain issues, from the semiconductor shortage to global shipping issues, may make it harder to meet recovering demand.

“Areas of particular focus include semiconductors, transportation, and raw materials,” Chief Executive Jim Umpleby said in an earnings call with investors. “There remains the potential for impact later this year.” He added the company may face higher costs as it develops contingency plans to get around the issues.

Meanwhile, the Federal Reserve has kept its benchmark interest rate near zero, a move that has helped push down interest rates on mortgages. Economists believe that policy has encouraged many Americans to buy homes. Last year, sales of previously owned homes reached a 14-year high, according to the National Association of Realtors, though the market has lost a bit of momentum this year amid tight supply.

Economists expect economic growth to pick up further in the second quarter and remain steady in the second half of the year. Many expect output to grow between 6% and 7% in 2021.

Those growth projections rely largely on segments of the economy still reopening as vaccination rates increase. Many service providers—gyms, spas, restaurants, museums—continue to face government limits in how many patrons they can serve, particularly indoors, to prevent the spread of the virus.

States and cities have eased restrictions in recent months and are expected to lift them further as more people get vaccinated. Meanwhile, though, some businesses are having to turn away customers.

Robust growth has risks, such as causing the economy to overheat and trigger a sharp rise in consumer prices. Fed officials noted the recent pickup in inflation in a rate-policy statement released on Wednesday, but they said they expect the increase to be temporary. The Fed expects inflation to rise above the central bank’s goal of averaging 2% this year and recede to that level by the end of next year.