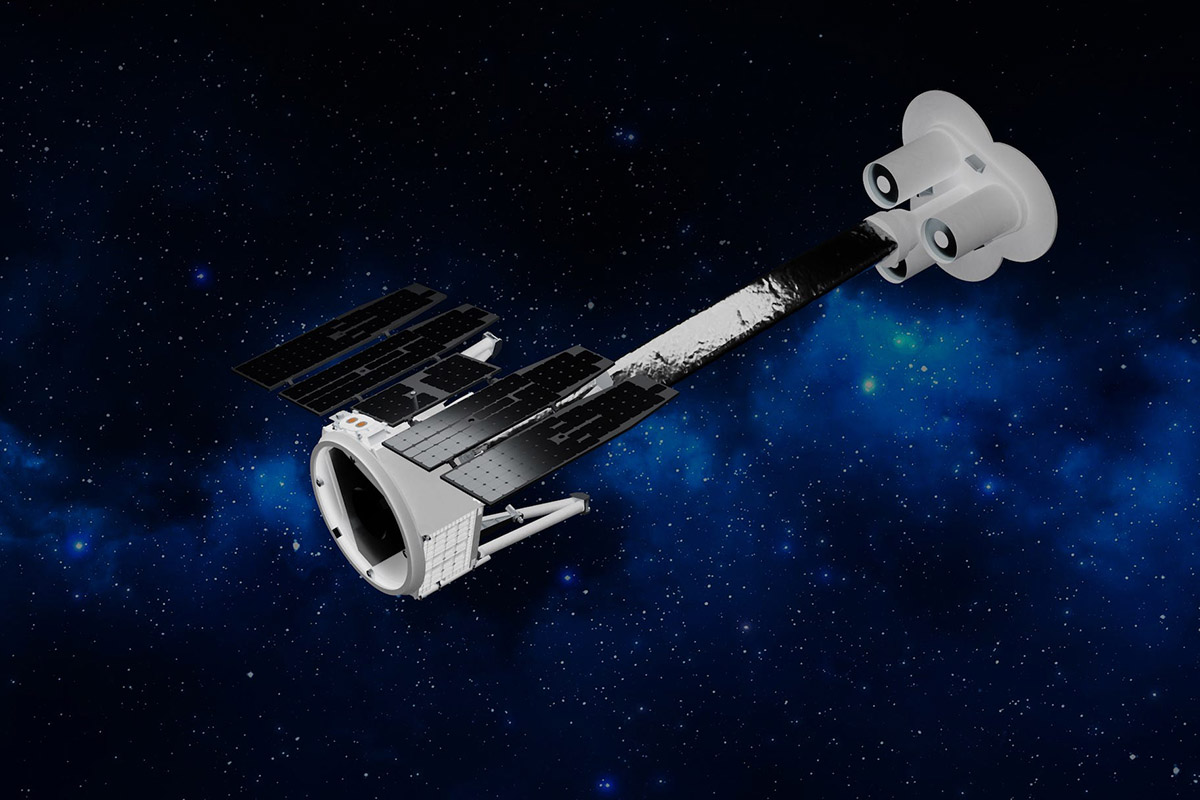 NASA’s new X-ray space telescope captured its first image, and it shows the vibrant electromagnetic afterglow of a supernova explosion.

The Imaging X-Ray Polarimetry Explorer (IXPE) launched into orbit aboard a SpaceX Falcon 9 rocket on December 9, then spent a month calibrating its instruments and adjusting to the space environment. When it was finally ready to collect data, mission controllers pointed its mirrors at a supernova called Cassiopeia A — the vibrant, gas-cloud remains of a star that exploded in the 17th century.

The first image was released on Monday. The gas cloud is about 10 light-years wide. In visible light, it doesn’t actually glow the stunning purple color depicted above. That’s just the color NASA researchers chose to represent how powerful the X-ray light is in different parts of the cloud.

In the image below, they used a wider range of colors to show the variation in X-rays.

When the star exploded, its shock waves superheated gas in its vicinity and accelerated nearby particles, causing it to glow bright in X-ray light. Somewhere in the center of those gas clouds, there’s a super-dense object that formed when the former star’s core collapsed. It could be a black hole or a neutron star.

IXPE is set to spend at least two years studying the most extreme and mysterious objects in the universe — nebulae, supernovas, neutron stars, and black holes. It’s NASA’s first major X-ray space telescope since the Chandra X-ray Observatory launched into orbit in 1999. That telescope’s first image also captured Cassiopeia A.

“The IXPE image of Cassiopeia A is as historic as the Chandra image of the same supernova remnant,” Martin C. Weisskopf, who leads the IXPE team at NASA, said in a press release. “It demonstrates IXPE’s potential to gain new, never-before-seen information about Cassiopeia A, which is under analysis right now.”

Unlike Chandra, IXPE focuses on polarization — the direction that waves of X-ray light are pointed as they travel through space. That information can tell scientists a lot about how the X-rays are produced and allow them to see how radiation varies across the object they’re studying. In this case, it could offer new peeks at what’s happening inside those gas clouds and explain why they emit such powerful X-rays.

“The IXPE image of Cassiopeia A is bellissima, and we look forward to analyzing the polarimetry data to learn even more about this supernova remnant,” Paolo Soffitta, the Italian IXPE team leader at the National Institute of Astrophysics (INAF) in Rome, said in the press release.

Now the IXPE team is working on using the telescope’s data to build a map of polarized X-rays across the supernova cloud.