Techmaster Node
More
Home News I Chatted with a Hologram, but Holographic Meetings Aren’t Here Yet 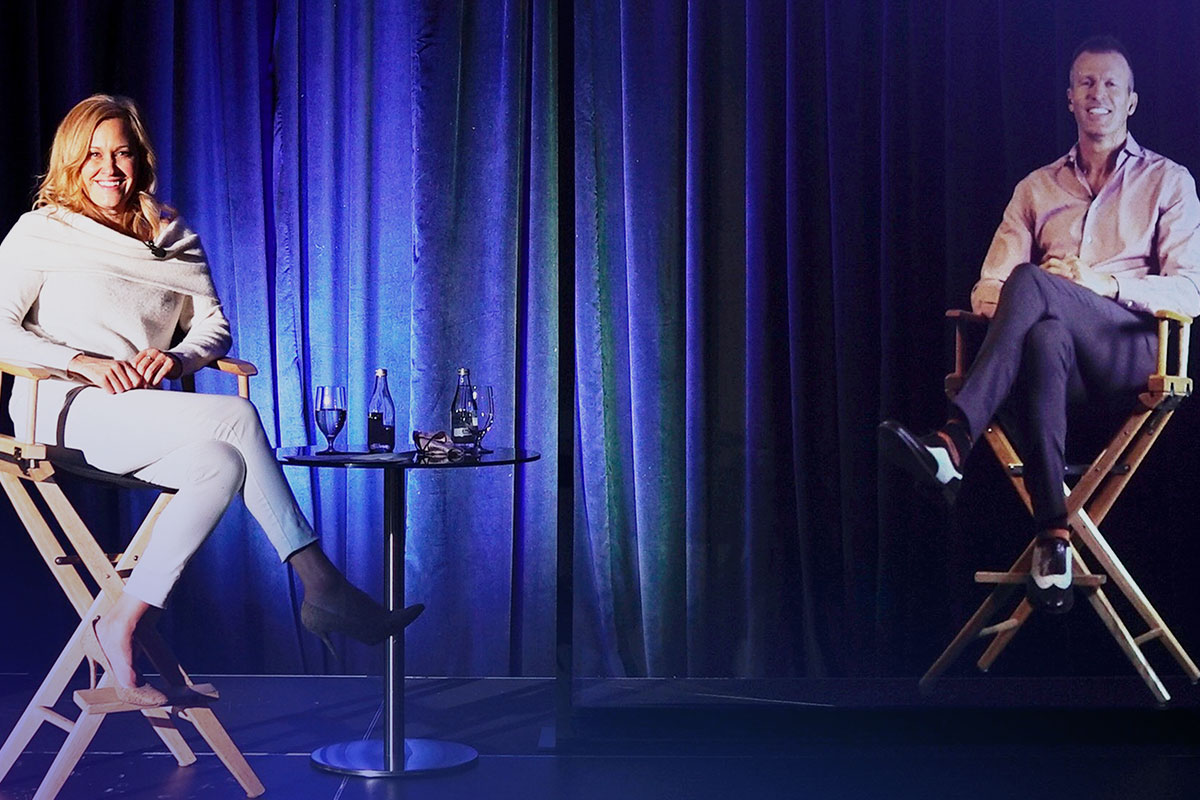 If hologram meetings catch on, you’re going to have to put on some pants — or at least swap out the slippers for shoes.

It’s like a next-level Zoom video call, but instead of appearing on someone else’s computer screen in a small box, your full-size likeness is projected onto a holographic screen for them to see. So, all 5 feet and 4 inches of me are displayed with 3D realness — but this can only happen if you’ve got a special device to display the holographic version of the person you’re interacting with, and they have a studio-level camera — and these screens or pods can run up to $75,000. Just filming with nice camera equipment can cost a few thousand dollars.

Portl is one of the makers of these hologram devices. As the company’s CEO David Nussbaum said last week while beaming in live to San Francisco from Los Angeles, “We want to connect the living instead of resurrecting the dead.” Hologram meetings are ideal for remote meetings from different places taking place at the same time. It’s a way of putting everyone in the room together, in a manner of speaking.

But it comes at a big cost (Portl’s Epic box is $75,000 to own, along with an annual software licensing fee around $5,000) and equipment-heavy, with cameras, proprietary software, and special screens to beam people in. Meanwhile, a Zoom meeting (or your preferred platform) can usually suffice using a laptop camera or smartphone.

Two separate demo events in San Francisco last week helped show the value in highly realistic life-size video feeds projected onto a screen in real time. ARHT Media’s CEO Larry O’Reilly looked like he was in the downtown SF office while physically in a studio in Toronto. Portl’s Nussbaum jokingly reached for a glass someone was holding next to the screen where he was displayed in SF while physically in LA. It looked like he was about to pop out from the hologram box and snatch the drink.

It felt like I was experiencing something like Google’s Project Starline concept to create 3D video calls.

Photos and even videos of these 2D holograms (they may look 3D, but the images are still projected onto a flat screen) can’t convey the realness and energy as convincingly as experiencing them in person, which makes for a hard sell. And then there are the exorbitant upfront costs, which make Zoom’s $1,200 audio conference annual fee look like chump change. It makes sense that both companies are partnering with co-working spaces to demonstrate how well hologram life conferencing can work IRL.

ARHT Media’s WeWork partnership is in over 16 locations across the U.S., Europe, Singapore, and soon, Australia. Its HoloPod hologram box and studio stage are available for meetings as a member benefit. WeWork clients can hologram-meet with remote team members at other WeWorks across the globe — for $3,500 per session. “It makes busy people that much more efficient,” O’Reilly said.

Portl’s Epic pod is sitting in the Bay Area co-working facility Canopy, in the heart of the North Beach neighborhood. But as Portl CEO Nussbaum noted, he could be physically in LA, “attending” a party in SF, and “beam into multiple places at the same time.”

While mesmerizing and a little freaky to see yourself in hologram form, these types of interactions seem better suited for big corporate events, conferences, trainings, lecture halls, and celebrity appearances. Actor Jason Momoa was part of a pre-recorded demo reel for ARHT, while actor Casey Affleck made a life-like appearance on the Portl. Retired NFL star Eric Dickerson beamed in live to answer questions from LA as a surprise guest at Portl’s Bay Area debut event.

It seems unlikely the average Zoom user will be using a HoloPod set-up just to talk to their long-distance partner or immunocompromised grandma. But for a TV interview for CBS Sports with different NFL stars from around the country, the Portl proved how it can efficiently bring everyone into the same space without any travel costs, and look better and more realistic than Zoom. Nussbaum said viewers thought CBS Sports had put the players in a white box to interview them in person — that’s how convincing the holograms are.

While big companies like CBS or WeWork can budget in for the hardware and software costs, the rest of us have price (and even physical space) limitations. A major conference might throw down $25,000 for a weeklong rental of Portl’s Epic box and cameras, but it’s hard for a small company to justify investing this much just to give remote workers a more realistic glimpse of its CEO.

ARHT Media’s HoloPod is $55,000 for the box-shaped pod. An annual licensing fee is $14,000 to use the low-latency holographic video software. An elaborate HoloPresence stage set-up is about $25,000. And that’s just to see the hologram. The subject has to have a camera and studio arrangement on their end to film themselves.

Portl is trying to make hologram meetings more accessible for the average consumer. It has plans for a mobile app to record video instead of an elaborate camera set-up and eventually a smaller, cheaper hologram box with a touchscreen. It’ll be the Portl M (for mini) and fit on a desk for closer to $2,500, which is still more than you spend on your average FaceTime or Zoom call.

Until then, brace for more Zoom fatigue.